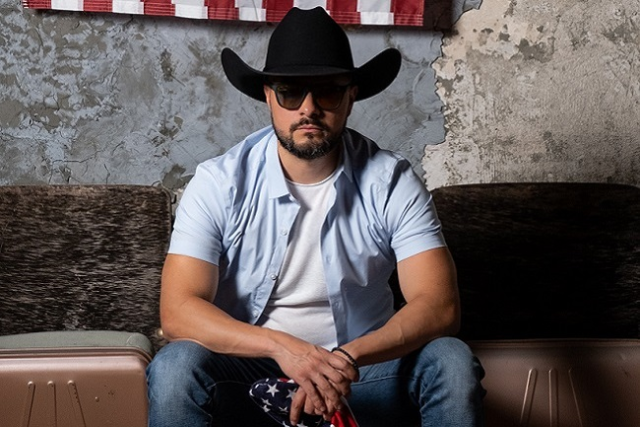 Pedro Herrera III is a rapper, actor, comedian, and entrepreneur born to Mexican emigrants who came to the U.S. to achieve the American Dream for themselves and their children. A native to Houston, Texas, Herrera entered the music industry in the early 2000’s as a premier underground rap artist under the Mexican/Chicano self-parodying alter ego ‘Chingo Bling,’ a over-the-top Mexican cowboy with an outrageous personal style that showed a juxtaposition between hip-hop and the Mexican/Tex-Mex culture. Known by a variety of punning nicknames––the “Ghetto Vaquero,” the “Tamale Kingpin,” the “Versace Mariachi”––Herrera has, over the course of the last decade, produced an extraordinary body of parodic music. Through his clever yet humorous lyrical wordplay ability and a satirical eye, Chingo Bling was able to amplify the stereotypes of Mexican American border culture while showcasing and exploring the Mexican American identity which is often overlooked and therefore becoming a true voice in a time of turmoil. Through the release of his numerous studio albums, Chingo Bling trespassed all the fences and borders to become a controversial breakthrough artist, quickly rising him to fame and achieving a level of independent success that only a few in his generation have accomplished. He has been featured across MTV, The New York Times, The Wall Street Journal, Saturday Night Live, and the cover of USA Today, just to name a few. As a Trinity University graduate with a bachelor’s degree in Marketing and Business Administration, Herrera was able to create a strategic marketing approach to his brand, focusing on creating and distributing valuable, relevant, and consistent content to attract and retain a clearly-defined audience––and, ultimately, to drive profitable customer action. Upon the advent of the digital era, Herrera utilized social media sites such as Facebook and Youtube to represent the Latino millennial generation, creating comedic art independently with a true connection to his fans and his finger on the pulse of emerging digital markets. Despite the little, if any, actual commercial activity in television and radio, Chingo Bling has stayed relevant in the minds of Latinos as his aggregate social media boasts over one million followers and his Youtube channel has racked up over 25 million views. After building a strong foundation in the music industry, Herrera became a renaissance artist as he stepped into the realm of acting and standup comedy.

In 2012, he appeared in the independent indie film “Filly Brown” alongside Gina Rodriguez and the late Jenni Rivera. From uploading online viral videos to currently acting live comedic monologues on his “Chingo Bling: No Mames Comedy Tour,” Herrera has proven to constantly revolutionize the style of Latino hip-hop and satirical comedy as a humorist in the digital era.