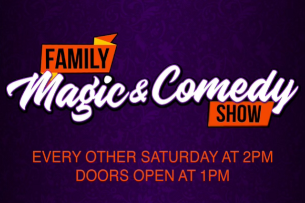 Family Magic & Comedy For All Ages

Mike has more than 20 years of performing experience and is in high demand for private and corporate events across the country.

A two-time "Magician of the Year" Award winner, Mike has thrilled audiences around the World; from Hollywood to New York, India to Australia and thousands of places in between.  He blends state of the art original magic, clean quirky comedy and hilarious audience interaction together for a one of a kind live performance experience.

Mike's magic and action skills have also appeared on National Television as well as in numerous television commercials.