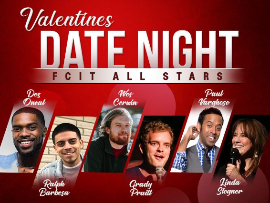 This is a showcase of the Funniest Comedian in Texas "Winners" for the last 11 years. All of the comedians on this show have won their perspective years competitions. They beat out over 500+ comedians from all over state to earn the title "Funniest Comic in Texas". These are literally the "BEST OF THE BEST" Funniest Comedians in Texas.