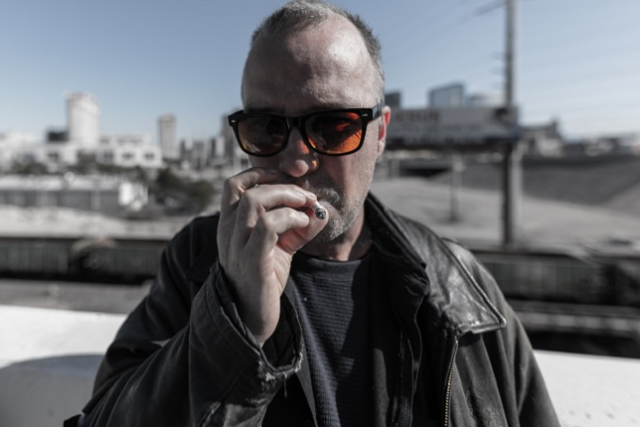 “Once you do standup, it spoils you for everything else," says Doug Stanhope. "There're no censors, there're no sponsors to get offended, there're no standards and practices. It's just you, and it's immediate gratification. You say it, and drifts off into thin air, and you can say it a different way the next day."

In a field crowded with conformists and copycats, Stanhope is a genuinely original comic voice, albeit a gleefully vulgar one. "A visionary douchebag" says The Times (London). Raw, agitated and unflinching, he holds forth on all manner of major injustices and petty annoyances, excoriating himself as much as any of his other targets. But Stanhope's venomous bile is matched by his passion and conviction, as well as a fierce intellect that gives his work a level of substance and subtlety that belies his snarling exterior. His comedy is as corrosive as it is hilarious, and his righteous self-immolation is exhilarating and life-affirming in its cathartic honesty. "Stanhope shocks you with the virulence of his lucidity; he shocks you into realising how transparent the confidence trick of western propaganda can be made to seem. What he has in abundance is the charm, don't-give-a-damn swagger and aggressive intelligence that make for important, exciting comedy," says The Guardian (UK).

In recent years, Stanhope has won a large and rabidly devoted fan base both in the U.S. and abroad on his own uncompromising terms, bypassing the conventional comedy circuit and most forms of mainstream media exposure. The Denver Post calls Stanhope "A truth-teller and astute (if messy) social critic…one of the most bracing live acts on the stand-up circuit…" He routinely sells out large theaters in Europe and in Britain.

One measure of Stanhope's international fame is that his previous Roadrunner standup CD/DVD, Oslo: Burning the Bridge to Nowhere, was filmed in the Norwegian city in an abandoned factory, in front of an audience for whom English is a second language. It quickly shot to the #1 spot on the comedy charts upon release. The Laugh Button named it one of the top five comedy albums of 2011 while Laugh Spin too included it in their year's best. In September 2011, he performed for an actual captive audience in a maximum-security prison in Reykjavik, Iceland.

The Worcester, MA-born Stanhope began performing standup in 1990 in Las Vegas, to amuse co-workers at his dead-end telemarketing job. He made his public debut performing a five-minute set, opening for his boss' cover band. But it would take a few more years for him to find his own creative voice.

In 2005, Stanhope hosted his own radio show on Sirius Satellite Radio, and was featured alongside a large roster of comedy legends in the film The Aristocrats, in which he was seen telling a filthy joke to a baby. In 2006, he published his first book, Fun with Pedophiles: The Best of Baiting, a collection of online pranks played on chat-room perverts. In 2007, he made two TV standup specials, one for Showtime in the U.S. and the other shot for Britain's Channel 4. In 2010, he was featured as the "Voice of America" correspondent on BBC TV's Newswipe with Charlie Brooker.

So what motivates Stanhope now? "Fear. Fear of the unknown. Fear of failing. Fear of sucking. Fear of bad comments on a Facebook page. I admit that that's not a really good place to be fighting from, but I don't know how to change it at this point. I just ride through it until something breaks."

"I've never tried to drive my career in any particular direction," Stanhope concludes. "I've always been an in-the-moment, live-for-today guy. I've never had a goal, and nearly everything I've done has been an accident. I just play to me, and if I can amuse myself, I consider it a victory."