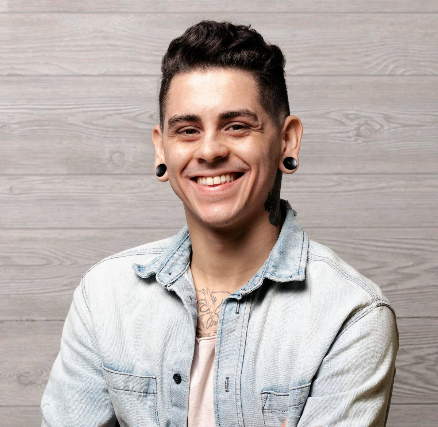 This is a showcase of the best Texas comedians, all in one show for your laughing enjoyment!

A.J. Garces is a standup comedian, musician, and podcast host from San Antonio, TX. In just a short 2 years, Garces has taken his comedy all over the United States and Europe performing at the World Famous Comedy Store, the various Improv Chains, opening for Headliners such as Bobby Lee and Bryan Callen. Garces also fronts the comedy music trio, Super Bang. Their debut release, "3=D Wizard" hit stores January 3rd, 2020. In 2017, Garces started the comedy duo, Zero and Sidekick, with long-time friend and comedy writer, Ignacio Trevino. The team have created various sketches and have a weekly podcast called, "Wildhood: A Podcast about Childhood". Garces hopes to continue to grow his unique brand of comedy even bigger in 2020. “I just love to create. Music. Standup. It doesnt matter. Im truly happy when I'm creating."

He was born in Lubbock Texas. Bobby was really sent to asthma camp, his first real job was steaming clothes at Lane Bryant and his family stories are true. He has burned many things down in life, including his uncle's barn, and his hair. He raised a sheep in FFA, that relationship ended badly. About 10 years ago he started writing down jokes, ideas and stories in a text document called "Stand Up". He never thought I'd actually do stand up, it was a bucket list thing. But a fateful email he sent to the Improv spiraled into something he loves. He don't plan on ever stopping! Hopefully you'll want to keep coming and see him!

Born in Harare, Zimbabwe, throughout his childhood, Alfred Kainga developed a comedic talent and was known for making family and friends erupt in laughter. He moved to the United States in 2001 and began his comedy career in 2005, in the highly competitive, Dallas, TX comedy scene. Alfred has achieved much success in the world of comedy throughout a short span of time. He was a Semi-Finalist in the 2014 Shaq All-Star Comedy Competition and a Finalist in the Funniest Comic in Texas Competition in 2014 and 2016. Alfred Kainga made his television debut in 2016 on Comedy Central, performing in Kevin Hart’s “Hart of the City”. And has also appeared on the Chad Prather Comedy Shootout on RideTv in 2018. Alfred has toured and performed with some of the biggest names in comedy, including, Bruce Bruce, Pierre, and Mark Curry. He is a member of Team Capone, led by the New York King of Comedy, Capone, whom he tours with regularly. Alfred is a staple feature at the Improv Comedy Clubs across the country and has toured in colleges and universities across the US. Most recently, Alfred has taken his “Funny from A to Z” brand of comedy global, performing in several countries, including, St. Maarten, the Bahamas, Mexico, Zimbabwe, Nigeria, and South Africa , Jamaica ,Canada Uganda and England. He has received rave reviews from fans all across the globe. Alfred’s comedy is universal and entertains fans from various races and backgrounds.

Tall and skinny with unforgettable dark skin and his signature glasses: Dexter Givens doesn’t look much like a comedic threat. Fortunately for you, surprise is the spice of comedy and Dexter is one helluva chef. That southern flavor comes from Monroe, LA, where our favorite up and coming legend was made. He moved to Fort Worth, TX in his adolescence, blessed with the hereditary stage presence of a preacher father and storyteller mother. Dexter considers them his biggest source of comedic inspiration, which is the politically correct way of saying he’s going to have your stomach hurting when he tells all of the family business. It’s all love. Contrary to what you may have heard, Dexter can indeed fight...and read. He served in the United States Marine Corp while pursuing his degree in Broadcast Journalism. You could say he always wanted to be in front of the people, he just prefers telling jokes to catching a bullet. Dexter finds additional inspiration in the likes of Chris Rock, Richard Pryor, and Eddie Murphy. His fans are already listing him among the greats and he’s hungry to prove them right. With an infectious smile and contagious laughter, Dexter’s wit and honesty can not be overstated, nor overcompensated... feel free to tell management.

Comedy Magician Mike Williams is considered one of the funniest and most original magicians working today. He thrills audiences around the world, is a three-time “Magician of the Year” award winner and Dallas Observer’s 2018 “Best Dallas Magician”. Mike’s magic and acting skills have also been featured in local and national television commercials. Don’t miss your chance to see what critics describe as “funny beyond belief”.