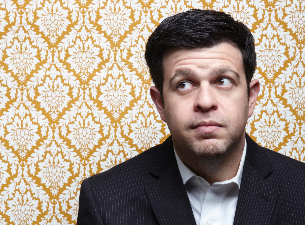 Aaron Aryanpur has appeared in clubs, theaters and colleges nationwide and his voice can be heard

in games like Smite and Paladins. Aaron was a semifinalist in both Comedy Central’s Up Next Search

and NBC’s Stand Up for Diversity, and his debut album In Spite Of reached number one on the iTunes

While Aaron’s act covers a variety of topics, it’s his experiences as a husband and an exhausted

Madrigal (The Daily Show). Aaron delivers laughs with his unique perspective and expressive,