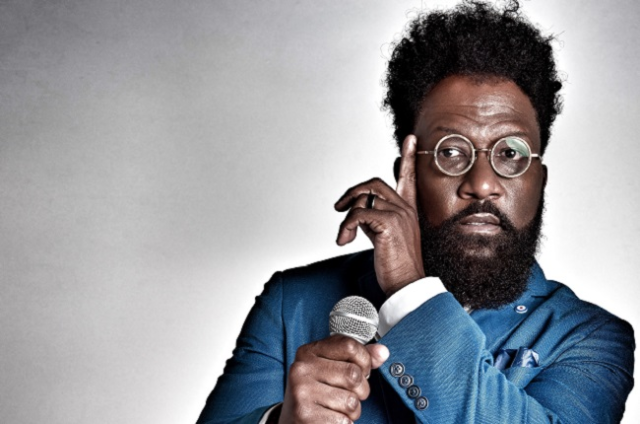 "Low-key intensity and dead on humor” is how the Denver Post described Billy D. Washington. His twisted takes on Americana, combined with his clever piano musings has made him a formidable force in the world of stand-up comedy since 1991.

​Billy D. Washington is an award winning comedian who has been featured at the prestigious 'Just for Laughs' Comedy Festival twice, HBO Aspen Comedy Festival and for three years traveled with The Queen of Soul Aretha Franklin as her opening act. He has also appeared on HBO’s Def Comedy Jam three times, Comedy Central’s Premium Blend, Last Comic Standing, The Late, Late Show with Craig Ferguson, The Bob and Tom radio show, and spent time on VH-1 as a host and on-air personality. He was identified as one of the most diverse comedians in America by the NBC stand-up for diversity initiative, and was recently a celebrity judge on the popular Carnival Cruise Line series, “Island Hoppers” with James Van Der Beek. His latest album, “The Washington Posts” has received both critical and commercial success since its 2019 release and is distributed by 800 Pound Gorilla and Warner Brothers records.

Billy D. Washington is a natural creative. He has written and directed 14 plays, 2 award winning short films and in 2020 he created sonic fiction podcast called, “Tales of the Virus”, an urban story about a pandemic driven zombie apogolypse. Most recently, Billy wrote and produced the satirical romp, "Trump Is Gone” a political anthem that has generated over 5 million views worldwide. Billy D. has spent the past 30 years performing in the the top comedy clubs, cruise ships, colleges and theaters in the country including the legendary Radio City Music Hall in New York, NY.