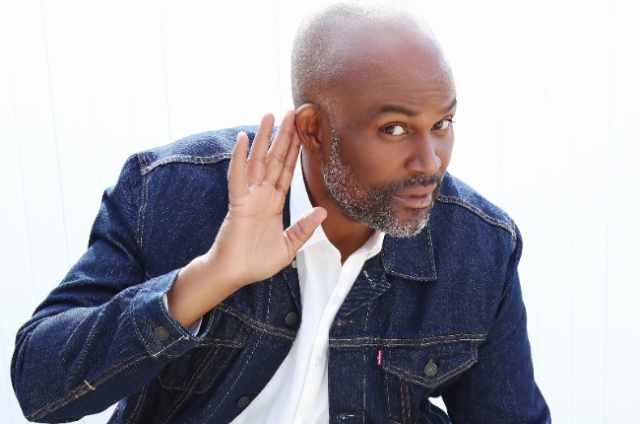 It's hard to keep a straight face when talking to Chris Spencer. Extremely talented and hilarious this quick-witted funnyman began his stint in the entertainment industry at the age of six as a star in a national television commercial for Mattel's Tuff Stuff Toys. Today his resume ranges across several sectors of the industry with more than 30 television commercials nine feature films several television show appearances a published book and numerous nationwide comedy tours. If Spencer looks familiar it's probably because you may have seen his work.

He has two comedy specials on Showtime. One he executive produced and hosted entitled “Chris Spencer's Minority Report ” and the other is his one-man show entitled “Chris Spencer...the Other Chris.” He has also performed on Lopez Tonight Jimmy Kimmel Live! and Def Comedy Jam to name a few. Additionally Spencer is currently one of the hottest comedic writers and producers in Hollywood. VH1 Comedy Central and HBO have all used his talents to springboard many of their latest projects. Comic talents such as Will Smith P. Diddy Damon Wayans and Cedric the Entertainer all call on his comedic talents when it's time to rewrite their act special or television/film script.

He also hosts the hottest night in comedy entitled “Russell Simmons Presents…All Def Digital Comedy ” every Friday Night at Inside Jokes Comedy Club of which his is co-founder. On any given night expect to see Chris Rock Dave Chappelle Martin Lawrence or Chris Tucker on this incredible stage. Hollywood's elite come here to not only look for new talent but to enjoy a fun-filled night. Regulars include Spike Lee Eddie Murphy and Russell Simmons.