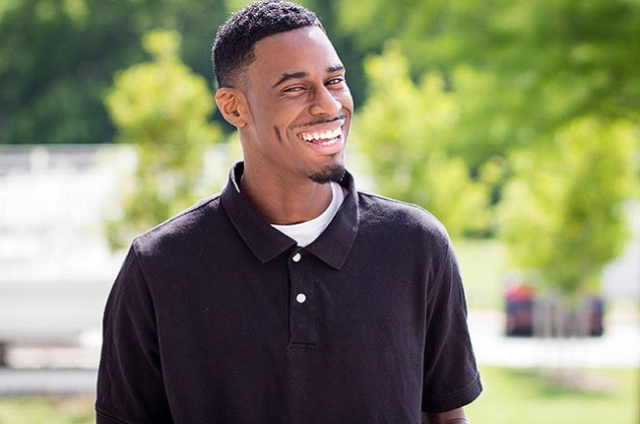 Tall and skinny with unforgettable dark skin and his signature glasses: Dexter Givens doesn’t look much like a comedic threat. Fortunately for you, surprise is the spice of comedy and Dexter is one helluva chef.

That southern flavor comes from Monroe, LA, where our favorite up and coming legend was made. He moved to Fort Worth, TX in his adolescence, blessed with the hereditary stage presence of a preacher father and storyteller mother. Dexter considers them his biggest source of comedic inspiration, which is the politically correct way of saying he’s going to have your stomach hurting when he tells all of the family business.

Contrary to what you may have heard, Dexter can indeed fight...and read. He served in the United States Marine Corp while pursuing his degree in Broadcast Journalism. You could say he always wanted to be in front of the people, he just prefers telling jokes to catching a bullet.

Dexter finds additional inspiration in the likes of Chris Rock, Richard Pryor, and Eddie Murphy. His fans are already listing him among the greats and he’s hungry to prove them right.

With an infectious smile and contagious laughter, Dexter’s wit and honesty can not be overstated, nor overcompensated... feel free to tell management.