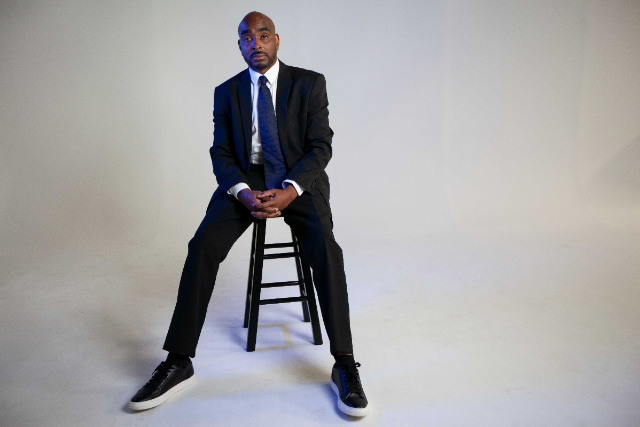 Sharp, funny, laid back and good looking (depending on who you ask) are just a few words used to describe this southern comic. A native Texan Dezz walked away from an athletic scholarship to pursue a career in standup comedy. In the mid 90’s Dezz found himself performing at Steve Harvey’s Comedy House in Dallas, Texas where he received months of comedy bumps from the Apollo style open mic.

It was the notes of constructive criticism from a now famous waitress by the name of Erykah Baduh that led Dezz to become the house MC which was the birth of his professional career. Dezz was later picked by Steve Harvey to be the opening act for the taping of his half hour HBO comedy Special filmed in Dallas, TX. He then went on to appear in numerous TV commercials and comedy shows such as B.E.T’s Comic view and HBO’s Def Comedy Jam and B.E.T.’s One Mic Stand hosted by Kevin Hart. After touring with and opening up for national headliners like Steve Harvey, Sheryl Underwood, Chris Rock, D.L. Hugely, Earthquake, Mo’Nique, Loni Love, Destiny’s Child, Maze and Frankie Beverly and James Brown to name a few. Dezz was then featured on one of the hottest radio morning shows in the Houston area Majic 102fm.

In 2008 Dezz released a comedy CD titled My Wife and Her Husband which can be heard on Sirius/XM radio and numerous outlets on the internet. Dezz is also featured on the DVD Earthquake Presents from The Outhouse to The White House, which was filmed in Washington, DC Constitution Hall to commemorate the Presidential Inauguration. Dezz unique perspective on marriage, college, drugs, working and everyday living will keep you laughing and thinking. And once you see Dezz White you will know why he is considered to be the heir to the comedy throne.