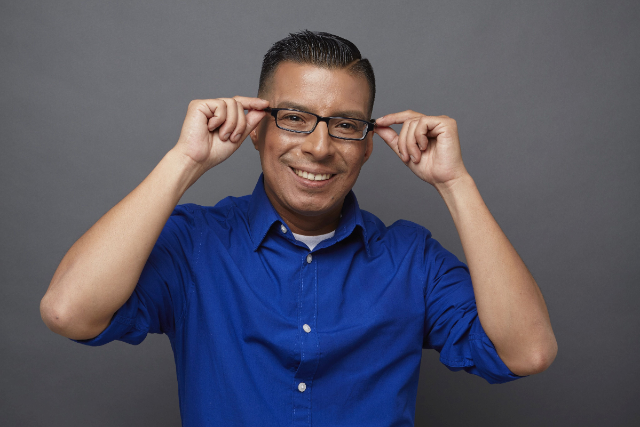 Jerry Garcia has stormed his way onto the national comedy scene as one of the top-rated comedians and is truly a must-see performer. A single father of three boys, Jerry allows us to enter his world and laugh hysterically with his charm, witty puns, and punchlines using his young, hip, real-life flavor that easily crosses over to all audiences. His views on life, relationships, his modest upbringings and everyday struggles captivate audiences from all walks of life. No matter where you’re from, the jokes hit home.

Jerry’s presence, strong delivery, and likability on stage help him connect and interact with audience members in the most memorable way. Fans leave Jerry’s performances with the feeling of having met a new funny friend.

Jerry Garcia's credits continue to grow year after year, beginning in 2016 with Fox's Laughs comedy series. In 2017, Jerry made his Netflix debut co-starring in Chingo Bling’s They Can’t Deport Us All Comedy Special. In 2018, Jerry continued to rise as he made his HBO debut on Entre Nos Comedy Series. A stand-alone comedy special, also on HBO, appropriately titled It's Not My Weekend will premiere summer of 2019. Earlier in 2019, Jerry crossed over to voice acting as he co-starred alongside John Stamos in the animated film PLOEY.