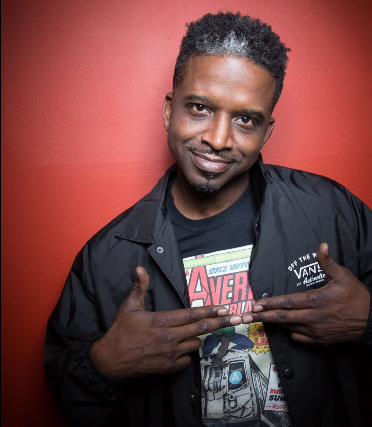 Kenny’s witty comedic style includes a splash of misdirection. His stage presence has allowed him to perform on some of New York’s and Los Angeles’ legendary stages such as, The Comedy Store, New York Comedy Club, Flappers, Gotham Comedy Club, The Stand and Haha comedy club! He also headlined the Hartford Funny Bone in Connecticut. Kenny’s brand is on the rise. He recently opened for Godfrey at The Comedy Cllar’s Village Underground, The Daily Show” with Roy Woods, ESPN, TruTV (David Tutera's Show), and The Wendy Williams show. Kenny is also CO-curator of the Grisly Pear comedy club, where he and Gabe Dorado took a dive bar, and turned it into a legit comedy club with at least 4 shows per day, midnight shows included!

Kenny Warren’s innovative concept and live show, “Comics Cutting Comics” is his biggest project to date. This web series progressed to becoming a successful live show, a part of the Oak City Comedy festival, and is soon to be performed nationally. This live show is set to conquer stages all over the country. "™Aboveaverageblackman ” will continue to embark on becoming a household name and brand!!