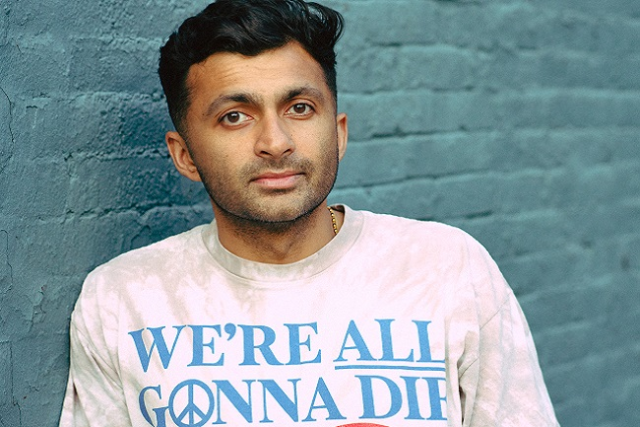 Nimesh Patel is a comedian and Emmy-nominated writer who is rising the ranks as one of the most in-demand upand-coming comedians touring the country. Through his joke-telling wizardry and ability to capture attention on social media, Nimesh is quickly charting a path from sold out comedy clubs to major theaters.

Nimesh has appeared on Late Night with Seth Meyers, his self-released special “Jokes To Get You Through Quarantine” has amassed almost a million views, and he has opened for Chris Rock & Aziz Ansari. He most recently made his debut on The Tonight Show with Jimmy Fallon and his most recent special “Thank You, China” is available on YouTube.

His first writing job came after Chris Rock saw him perform standup and hired him directly to write for The Academy Awards in 2016. Since then, he has written for “Saturday Night Live,” “A Little Late with Lilly Singh,” The White House Correspondents Dinner, and was a producer for “Full Frontal with Samantha Bee.”