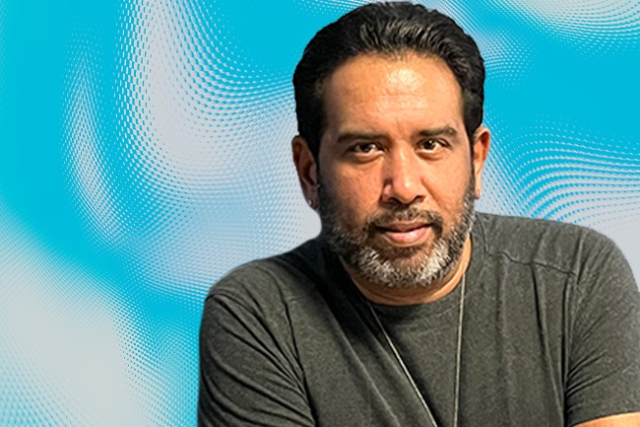 Sharma is a comedy veteran, performing around the world for over 15 years. He was passed at Hollywood’s notoriously tough Laugh Factory on his first six-minute guest and his one-hour special, Raj Sharma Live from Las Vegas was the first special produced and distributed by the Factory in 2014, showcasing his quick wit and why he is considered the master of crowd work.

He started his career in Dallas, Texas, and soon began performing all over the country. Thirteen years in and Raj has worked with some of the best comics in the business, such as; Bill Burr, Russell Peters, Tim Allen, Dave Chappelle, Whitney Cummings, Rob Schneider, Vir Das, Dane Cook, Marc Maron, Chris D’Elia, Joe Rogan and many more.

Tom Rhodes calls him “head-crushingly funny”. Bryan Callen says, “He’s funny in three languages: English, Punjabi and the future”. His passion for comedy has taken him across the globe, working in clubs & theaters and numerous colleges & corporate events.

He is the co-founder of Indians at the Improv, a wildcard finalist for HBO’s The Lucky 21 and has been touring with the Next Generation of Evil comedy tour. He is an original member of The Gurus of Comedy, Pundits with Punchlines and the United Colors of Comedy. In 2013, Sharma was part of the CBS Diversity Showcase, opening doors for both a late night talk show concept and a brand new sitcom, both of which are in development. IN 2016, he headlined the season 3 premiere of LAUGHS on FOX; he is also one of the founding members of the Weirdass Pajama comedy festival in India (where he is one of the biggest names in the business), taking American comics with him each year to perform in nine cities over 10 days to over 100,000 comedy fans.

Born and raised in Texas and brought up in a traditional Hindu household gave him all the influence he needed. Raj’s style of humor can be enjoyed by anyone of any age or background. Hilarious everyday observations combined with his upbringing and sensational crowd work is what you can expect at every show.

You can see Raj Sharma on Jestination Unknown, a comedy travel show slated for international release on AMAZON.