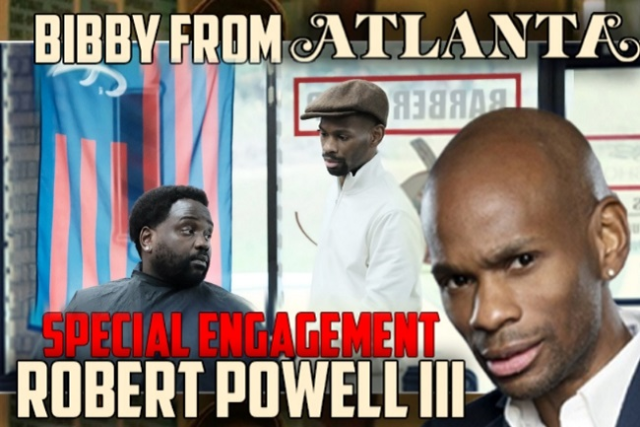 Robert Powell III is a stand-up comedian and political satirist. Born in Monroe, Louisiana Robert attended & graduated from University of Louisiana at Monroe with a degree in Presidential History. Robert continued his education at Texas Christian University before leaving to join the Mayor’s Executive Staff in Louisiana. During his 5 years at the University of Louisiana at Monroe, Robert worked for an Assistant to Dr Jeff Hood, Dr Gloria Arnold, Dr Lisa Miller & ultimately President James Cofer. After graduating, Robert immediately began working for the City of Monroe, becoming the youngest member of the Mayor's Executive team. Robert stayed and worked his way all the way up to Deputy Chief of Staff before moving to Baton Rouge to continue his political career.

Robert was named Special Assistant during the Bobby Jindal Administration-- an appointed position. Robert also served as Chief of Staff to the Secretary of Labor Johnny Myles Riley, his old boss from the City of Monroe. Even as a rising star on the Louisiana political scene, Robert’s desire to become a stand-up comedian put him at a crossroads, and eventually his superiors at his day job gave him an ultimatum – either comedy or politics. Thankfully, Robert chose comedy. After a few years of paying his dues (which included sleeping in his car and $11 a night motels), Robert was named Louisiana’s Comedian of The Year three years in a row. In 2012, Robert joined the Shaquille O’Neal All-Star Comedy Jam Tour and has continued to tour with this successful franchise every year since. In 2013, Robert made his television debut on Shaquille O'Neal Presents: All Star Comedy Jam Live from Atlanta for Showtime.

He then appeared on the series We Got Next for Magic Johnson's Aspire Network. He also was the host and Executive Producer of Comic Edge for Aspire Network. Robert received rave reviews for his performance on the New Faces showcase at the 2016 Just For Laughs Comedy Festival in Montreal. Most recently, Robert was featured on the eagerly anticipated All Def Comedy Jam as well as brought back for the full series of All Def Comedy on HBO. After 5 short years of doing stand up full time, Robert can already be seen performing his stand up routines on Netflix, HBO, HBOgo, Seeso, Fusion, Kevin Hart's LOL' Network & Aspire TV. Robert’s acting debut came when Robert was hand picked by Donald Glover to co-star in an episode of Atlanta on FX. Donald Glover directed the episode & wrote the script with Robert in mind after catching Robert’s stand up routine. The episode & his character Bibby became an instant classic & was nominated for an Emmy for best comedic writing. Robert currently serves as National Ad Spokeman for Uber, UberEats, Adidas, Starbucks, Subway, California Pizza Kitchen, Coldstone Creamery, Baskin Robbins and Red Lobster & McDonald’s. Robert splits his time between his ranch near Cumby Tx, and Los Angeles CA.