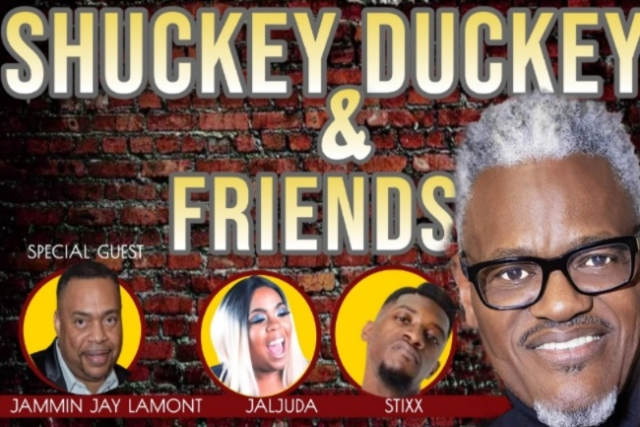 Cecil Armstrong, or widely known as Shuckey Duckey, is a native of Dallas, Texas. With over 20 years in the entertainment industry, Shuckey Duckey has become a well-versed seasoned veteran within the industry. He has held the title as a comedian, actor, motivational speaker and host.

He has been featured on BET’s Comic View, Def Jam Comedy, The Apollo, and HBO. He brought his many talents to the Universal Soul Circus where he held the title as the Ringmaster. Shuckey Duckey is widely known for coining the catchphrase “Shucky Duckey Quack Quack,” used in many of his comedy acts in return earning a familiar and household name. He describes his catchphrase as a way of expressing disappointment or excitement.

Shuckey Duckey is a master of his craft and has been interviewed and praised for his work more times than he can recall. Shuckey Duckey has one goal and that is to live out his life spreading joy by entertaining the masses.