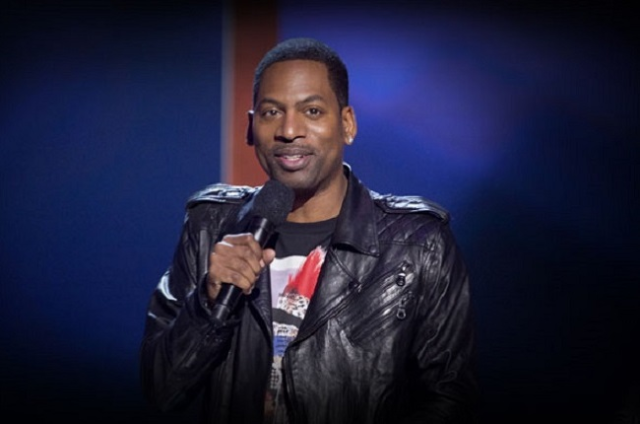 Comedian, Actor, Producer Tony Rock is the hardest working man in show business. Born in the same Brooklyn Hospital where most of his eight brothers and sisters arrived into the world, Tony was born laughing and it was quickly apparent that his big brother wasn't going to be the only famous comedian in the family.

Tony has proven to be one of television's best hosts having played the role of ringleader on HBO’s weekly stand-up comedy series All Def Comedy, NBA TV's The Warm Up, along with BET’s Black Card Revoked and Apollo Live, all while co-starring in his first primetime network series - CBS' Living Biblically.

​Performing stand-up comedy continues to be Tony's first love and this year has proven no different. You can see him on tour in 2018 as one of the featured acts on the Platinum Comedy Tour with Mike Epps, The Festival Of Laughs with Comedienne Sommore, and his own Tony Rock Live club tour!

Outside of the lights-camera-action, Tony works tirelessly as the founder of the MyROCK Diabetes Foundation, a charity organization established in honor of his late father.