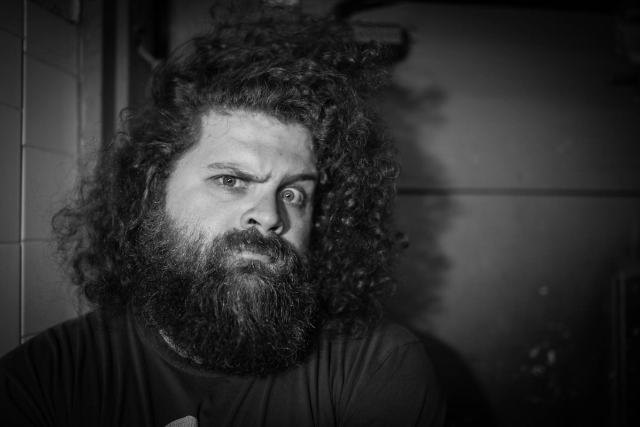 Thus far, life has exceeded the expectations of Zach Martina. He certainly never thought some stranger would be reading to find out more about him but here we are. Here’s what you need to know – He loves his wife, his daughters are a constant source of inspiration, and his hair is real. Also worth noting - he’s not angry, he’s just passionate about the inane topics he chooses to ponder. HE’S NOT SCREAMING; HE’S MAKING SURE YOU HEAR HIM!!!

Zach brings his big energy to crowds across America delivering dark jokes in a delightful manner whilst pointing the finger of blame at everyone except himself. You’ve heard him on Dumb People Town, The Bonfire, and his debut album “Skunkman” which spins regularly regularly on Sirius/XM. He’s performed at the Red Clay, 10,000 Laughs and Limestone Comedy Festivals, as well as part the Best of the Midwest at Gilda’s Laughfest; in addition to sharing the stage with Rory Scovel, Big Jay Oakerson, the Sklar Brothers, Chad Daniels & Kyle Kinane.

He hopes you like him –then maybe more people will like him and those closest to him will stop calling comedy his “hobby”.