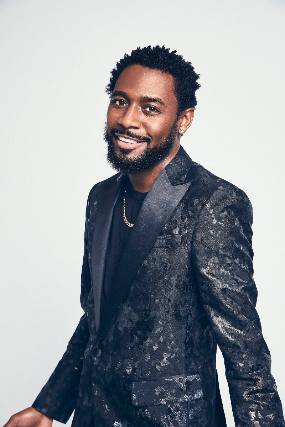 Raw, real and wickedly-hilarious, “Kountry” Wayne Colley’s microformat digital videos have catapulted him from life in small town Georgia to mega social media superstar and comedy sensation, selling out clubs and theaters across America. Since his first Facebook post in October 2014 went viral, the charismatic comic has amassed millions of followers across Facebook and Instagram, generating an extraordinary amount of buzz among his peers within the entertainment industry for being one of the funniest emerging performers to hit the comedy scene.

Keeping it real, mining comic gold from the everyday and applying his genius for freestyling, Wayne is a master comic storyteller. In 2017 Wayne embarked on a the 150-date national “Child Support Tour” throughout the U.S. That wasn’t just a clever moniker – he’s the dad of nine kids and even as he builds his own entertainment legacy, he’s all about securing the future for them.

“My hashtag, my mantra, is ‘Help is On The Way!’ – that’s my slogan, I own it, because I believe God’s got my back and your back and whatever is stressing you out today, it won’t last because help is truly on the way,” says Wayne, whose endearingly funny way with English comes from growing up “Kountry” in Millen, GA (pop. 3500), between Statesboro and Augusta. He was given what became his stage name during a stint living and going to school in Savannah in the mid-2000s.

In January 2020, Wayne began his “The People’s Champ” North American tour, travelling to cities across the U.S. and Canada including Miami, Pittsburgh, West Palm Beach, Phoenix and more. In addition to his comedy tour, Wayne performed alongside comedy heavyweight, Mike Epps, along with an all-star lineup, on the “The Fabulously Funny Comedy Festival” arena tour, in major cities such as Los Angeles, Detroit, Miami, Chicago, New York, Houston, Nashville, Atlanta and Dallas, to name a few.

With his humble roots and unbridled energy, Wayne continues to build his audience with cutting edge yet clean, curse free material whose appeal transcends all cultural lines and is fit for (and often draws) the whole family. All while still posting content online daily.